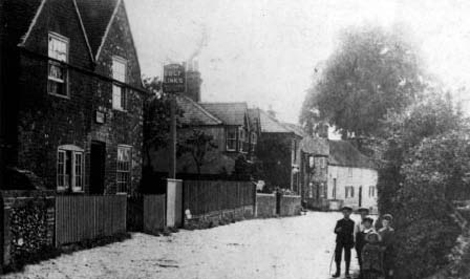 The Downley Community Plan was published in June 2010 following the completion of a village survey into the views of the parish of Downley.

The plan is published as a summary and a full version below:

The plan is also available on the Community-Led Plans (South East) website at http://www.clp-se.org.uk where other local community plans can also be viewed.

The recommendations in the plan are currently being progressed by three action groups, namely, the Community, Environment and Transport action groups who meet independently on a regular basis. Anyone wishing to become involved should contact Chris Hamilton on info(at)downley.org

The Environment group's campaign against dog poo has now started in earnest. Look out for posters in Kiln Pond Lane, Cross Court, Narrow Lane and around the Community Centre. Transgressors may be targeted more directly! More dog waste bins are also planned around the village.

The Community group has been encouraging the application by Assura to set up a pharmacy in the village. The company has now received permission to do so and has 12 months to find a suitable site.

The group has been concentrating on addressing the various communications issues that the village faces. We have been fortunate to identify a suitable individual who has volunteered to set up and maintain a new website. The intention is to launch the new site at Downley Day.

The Village Hall has recently completed an extension including new toilets. The next stage is to organise repairs to the roof and build a ramp for disabled people to use the building. The Community Centre has also been awarded a grant to enable a new kitchen to be built and further funding to build an extension is being sought.

The Transport group has been reviewing the bus routes 31 and 39 and followed this with a meeting with Bucks County Council Transport for Buckinghamshire. The principle of the meeting was to try and accommodate changes to the existing routes so that residents living at the ottom of Plomer Hill could travel by us to and from the main community parts of Downley including the shops at Cross Court and Littleworth Road, activities at St. James Church and the Community Centre. The group was advised that a complete review of bus services was being undertaken over the next 3 months.